Soukup and Woodard Maintaining Spot at the Top

The action is turning up and continuing strong. 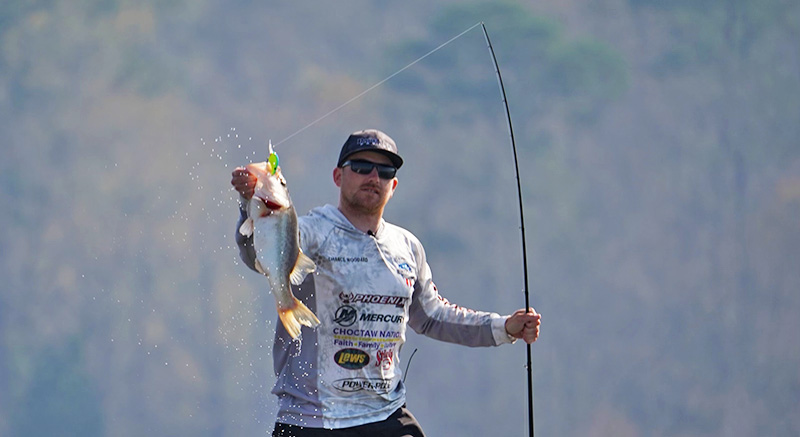 EUFAULA, AL — Soukup has filled his limit and has unofficially around 18.5-pounds on the day including a 6.4-pound giant! OTW photographer Travis Lyons is saying he is doing his work on the end of an island and similar to yesterday, he is seeing them all on Livescope. The water temperature is around 65.3 in his area and he is fishing less than 10-feet deep.

As seen on Live Coverage, Chance Woodard is putting on a show. I just got an update from Tanner Lyons and patience has paid off for Woodard. He has landed his two biggest fish of the day including two fish over 4-pounds. Look out, he has estimated over 20-pounds and doesn’t plan on leaving his area. He mentioned on Live Coverage that some local anglers have seen him smash this morning and is worried they may move in.