After rules infraction, his 3rd place weight on day one was disqualified. 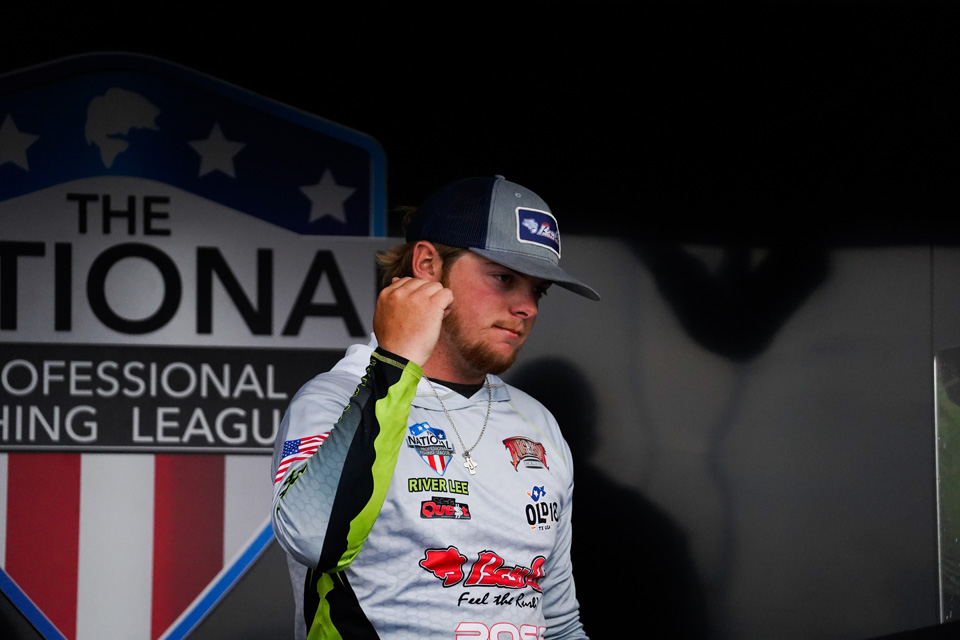 After a great start to the event on Wright Patman, an unintentional mistake cost River Lee his day one catch of 22-pounds. Lee was in 3rd place after day one but was informed after the weigh-in that he had made a rules infraction. At the young age of 20-years old, Lee was in contention for a big finish on a body of water that sets up to his strengths. After a couple hours to think and have a meal with his family, Lee understands the rule and made a mistake in the heat of the moment.

“I was fishing this morning doing my thing when a buddy of mine pulled up to watch me fish. He followed me for a while, watched me lose a few key fish, and even was there when I caught the 4-pounder to get me back in the day.”

Lee could hear his friend Todd, who made famous by the Live Coverage crew, watching live coverage and without thinking, asked how his good friend, and fellow competitor was doing. Mike Yoder was the local favorite coming into this event and Lee and Yoder are close.

“I didn’t even think about it at all. I asked Todd how Yoder was doing. When Todd told me he only had 14-pounds, I knew that was way less than he should have and I might have cursed on Live Coverage a bit.”

Lee could be heard saying “Damn Yoder, get your crap together.”

“I didn’t even think anything of it, and I never mentioned it again. Knowing Mike’s weight didn’t help me, it didn’t give me any advantage. I knew Mike had high hopes and I was just hoping he would win. I either wanted me to win, or Mike to win. “

Lee proceeded to fish hard and put enough together to claim the 3rd place spot. As disappointed as he was, Lee understands his mistake and just wants anyone to know that he knows the rules, and follows the rules at all times.

“I don’t want people to think I did this intentionally. Anyone that watched knows it was an honest mistake. I have never cheated. I had a good friend watching and we were just talking. He was watching me fish. I should have known the full extent and I will learn from it. I kept fishing bushes like I was doing. And that was it.”

When I spoke to River Lee several hours after the weigh-in, he was disappointed but knew his tournament is far from over. There was work to be done and he told me he needs every single AOY point possible and plans to fish his heart out the rest of the event.

“What could have been will haunt me if I catch enough to have had a shot to win, but it is what it is. I have work to do and I am going to go after them tomorrow.”

I’m pulling for you, River!