Still a lot of fishing left on Showdown Saturday. And you know, it's not over until it's over. 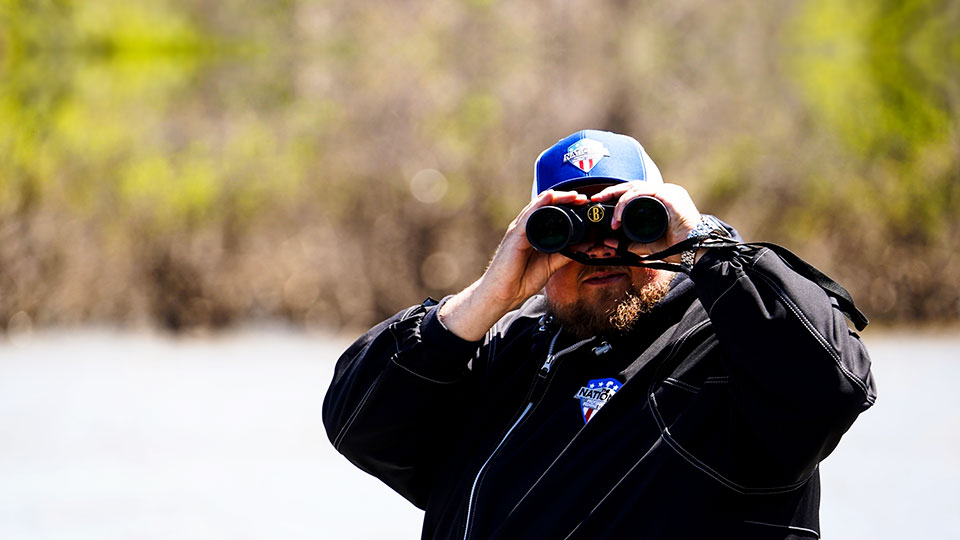 The leaded Keith Carson is catching fish today but his quality has been less than the first two days. With the water falling, fresh muddy water from yesterday’s storms, Carson has fished new water all week and has 100% relied on instincts. With around 15-pounds thus far today, it appears Carson is clinging to around an 8-pound lead.

Not so fast. Marc Schilling and several others pros have time this afternoon to close the gap. Schilling, who was previously in the top five, fell to 21st place yesterday but is putting a rally together with an unofficial 18-pound plus bag. Several top ten anglers to begin the day have struggled this morning but with small limits below Carson, any big fish caught instantly adds several pounds and closes the gap.

According to the Weigh Live Tracker, David Gaston, Nick Prvonozac, and Josh Ray have either yet to fill a limit, although Prvonozac has jumped back into second place behind Carson with 4 bass for around 12-pounds.