Halfway to $50,000 and things are getting interesting on the Harris Chain. 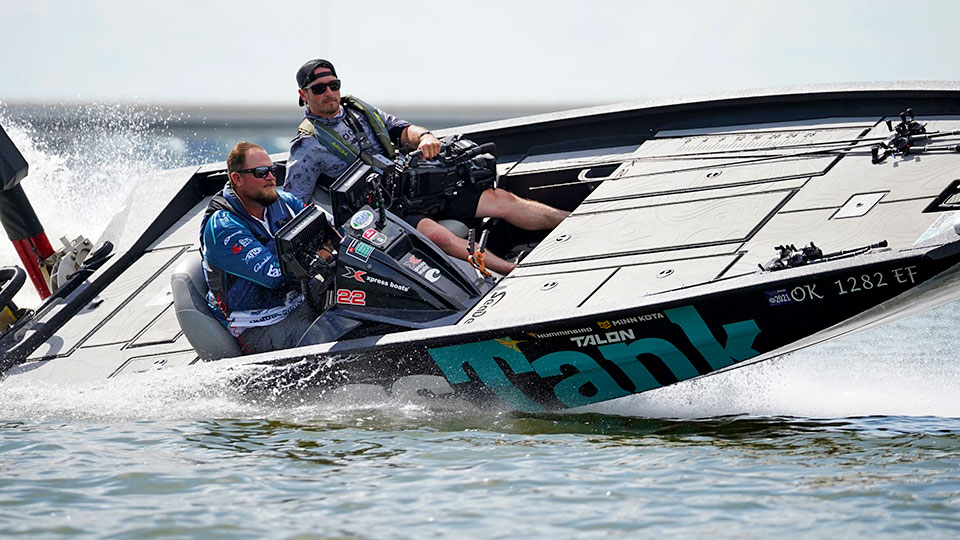 It’s a much tougher Showdown Saturday for several of the anglers in the top ten. While leader Jake Boomer is once again hoping a late day rally, others in the top have reported small limits on the Weigh Live Tracker with plenty of room for opportunities to cull.

The angler who started the day in 2nd place, David Gaston is yet to record a fish. With over an hour of a ride to his starting spot, it’s possible Gaston encountered pleasure boaters and increased traffic in the locking systems. Gaston noted he has a long day and was hunting for three big bites.

Big movers of the day include Joel Willert with over 18-pounds, Robby Frashier with 14 plus pounds, and Matt Mollohan with another reported 14 plus pounds – all three within the top ten with Willert in third.