We start with a full field and end with one lifting the big check for $50.000. 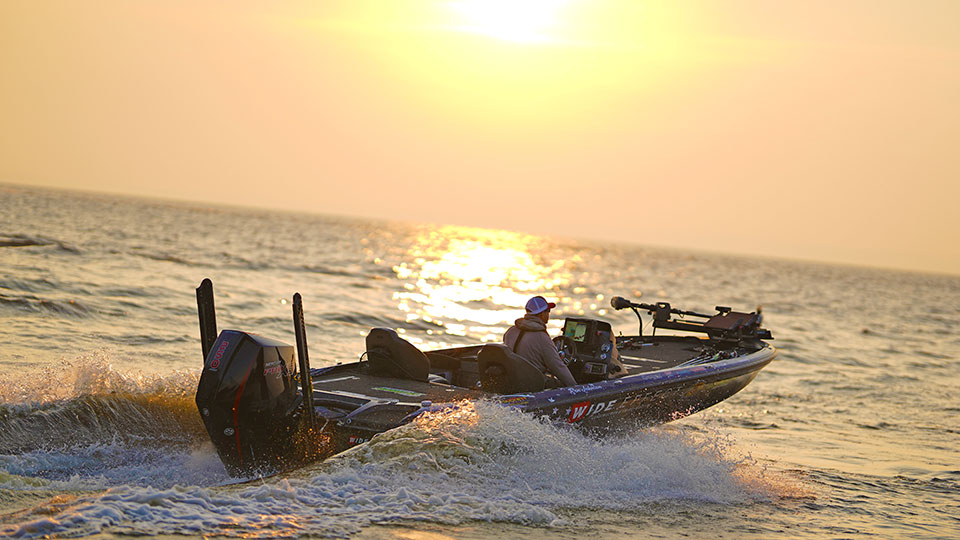 With the final morning upon us, the full field of anglers is looking to make big moves. Saturday brings local boat traffic, increased no wake zones affecting anglers running abilities, and of course weather. Overnight temperature dipped into the low 70’s with winds South Southeast 10-15 mph.

At launch, anglers are greeted with the same stronger winds from overnight and chance of thunderstorms all day. With the changing weather, the questions have to be, will Carson and the shallow largemouth anglers have success? Or, will the offshore guys finally enjoy an increased bite due to winds.

With a 1-pound, 12-ounce lead to start Showdown Saturday, the Debary, Florida angler is looking to capture his 2nd NPFL Title of the season, holding off a plethora of anglers looking to make a charge at the title.

The Wolf River has been home to many anglers this week with the ability to run to and from fishing areas quickly. On the weekend, portions of the river become no-wake and run times are drastically increased for anglers making the commute. Several of the top guys have found success and have to go back to their areas to have a shot at the top ten.

The paycheck cut line is right around 19-pounds, 8-ounces with big moves expected, even at the bottom of the leaderboard.

The race continues and lots of points can be gained and lost today. Keith Carson is the presumed leader with several anglers close on his trail. Lots of anglers within the top 10 in overall points have caught them this week so far and should at least maintain their position or gain.

Carson, Schilling, Perkins, Smith, and Soukup have stayed closed after two days, while other top anglers have fallen back a bit. Not only is it showdown Saturday, but expect there to be more movement when we’re all said and done this afternoon.

Tune in for Showdown Saturday @ thenationalprofessionalfishingleague.com to watch daily LIVE Coverage, the LIVE Leaderboard, LIVE Blog, and daily on the water photo galleries of the anglers on Lake Winnebago.