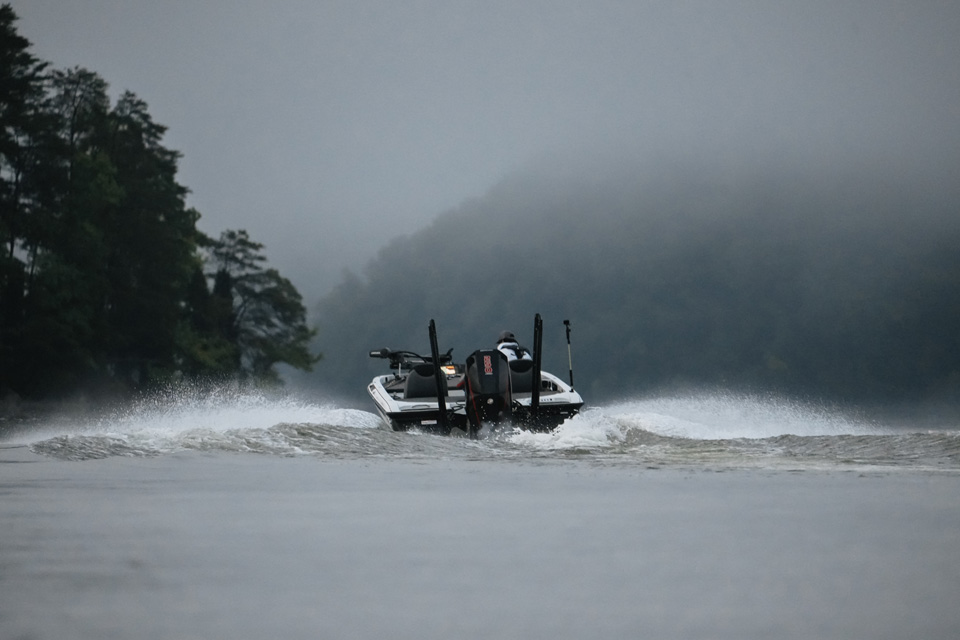 SPRING CITY, TN. – On day one, anglers caught what they predicted based on pre-tournament estimations. Many said the winner would be in the 14 to 16-pound range and with a 6-pound, 6-ounce lunker to anchor his bad, Patrick Walters holds the day one lead with 16-pounds, 14-ounces. Behind him, Sheldon Collings weighed 14-pounds, 12-ounces respectively.

Anglers predicted varying weights for the leaders so we will see how a flip in boat numbers plays out on day two for out top anglers. Those ones who can stay consistent will remain, and those who stumble will fall. With every angler fishing all three days, it’s wide open and a 20-pound bag will move someone way up in the standings.

In the 40th spot, with 9-pounds, 8-ounces KC Choosakul holds down the final check spot. Anglers also predicted closely what weight it would take to get paid and are so far very close. Weights are very tight and a few ounces moves anglers around.

Many anglers mentioned if the current is moving, there are bites to be had. On day two, the conditions shift slightly with overcast skies and rain likely. Winds are expected to be gusty at times and blow South at 10 to 15 MPH. We will see how the changes affect the anglers on Watts Bar today on Live Coverage beginning at 8AM Eastern.

Tune in daily May 25th through the 27th to thenationalprofessionalfishingleague.com to follow along daily.

See the unofficial Weigh Live Tracker, LIVE Blogs and daily on the water photo galleries of the anglers on Watts Bar with real-time updates.  LIVE Coverage is available on Friday and Saturday.

Under the Go Live Tab, choose the Weigh Live Tracker to see estimated weights entered by the anglers throughout each day of competition. Watch the Live Weigh In from Watts Bar all three days!