It's Championship Saturday on Lake Eufaula 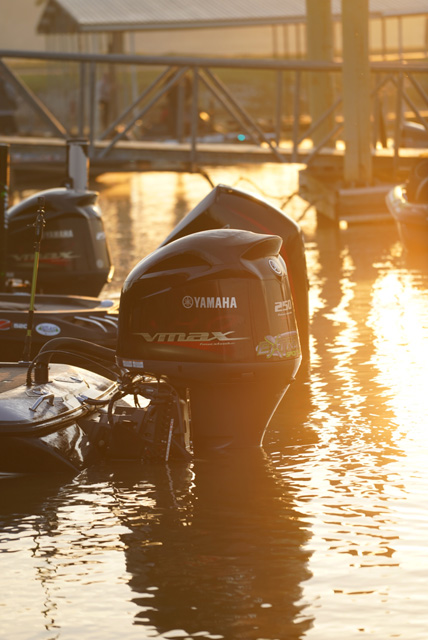 EUFAULA, AL — The final day begins on Lake Eufaula as the full field of anglers is once again launching into 50-degree air temperatures, with the highs looking to be in the 80’s. A few days into a warm front and we are starting to see some shallow anglers making up ground.

Shallow water expert Keith Carson told me on Wednesday that if he could survive the first day, he liked his chances on day two and three. Carson struggled on day number one a bit, but a come back to the tune of 15-pounds, 8-ounces yesterday shows that the shallow bite is getting better with Carson moving into 21st place.

It looks to be a two-man race at the top with leader John Soukup and Chance Woodard enjoying a sizable leader over the rest of the top 10. Both Woodard and Soukup are fishing “shallow,” but off-shore, while some others in the top 10 are pushing themselves into extremely shallow water.

Louis Fernandas is beginning the day in 6th and told me the shallower he can get, the less pressured the fish are. If it’s too shallow for a chatterbait or a jig, he is tossing a topwater frog. In practice, Fernandas ran into some game changer size Eufaula bass and if he could put his standard bag together and replace some smaller fish with those game changes, a mega bag could be in the works.

The closest to the leaders, Nick Prvonozac and David Gaston know what to be doing, and are going to fish some familiar and a lot of new water today. Both anglers had impressive shallow water bags yesterday and have nothing to tie them into one area. Covering water is key and keeping the baits where the falling water has repositioned fish could pay big dividends. 6 to 7-pounds is a lot to make up with one day remaining, but on Lake Eufaula, that is only one fish.

Let’s take a look at the “cut” for the last check spot. Of the over 100 anglers competing this week, 36 will get a check. In the 36th spot currently, Ross Rhodes, who has consistently caught bags of 9 and 10-pounds. For example, Rhodes is only 5-pounds from the top 10 currently, and with a good day, anyone in the field could slip into the check range.

Like Carson said, with 3-full days, anyone can make a move. Can those off-shore guys continue to rotate through numbers of fish while dealing with local pressure, or will the shallow water guys fishing for a handful of bites put it together and make a big move? It is a beautiful Saturday on Eufaula, it’s going to be busy!