The action continues on Day One. 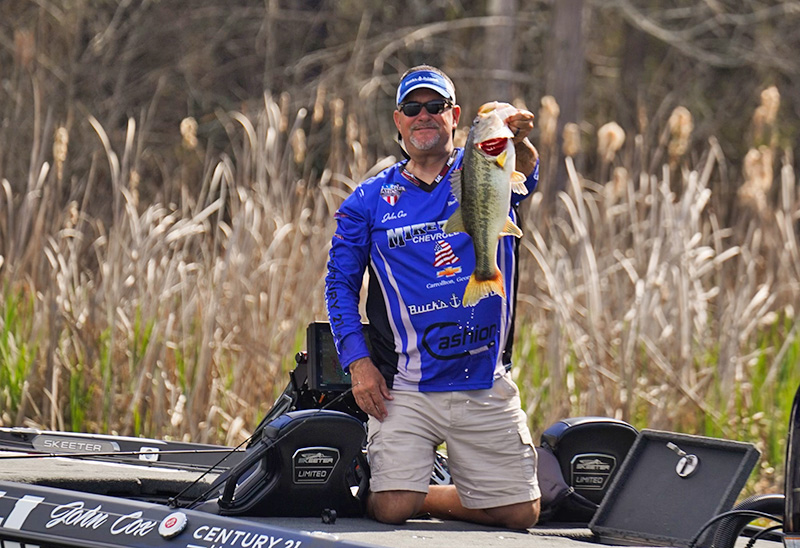 OTW photographer Tanner Lyons found angler John Cox and he is around the right quality fish. Cox began his day off shore and landed a “5+ pounder” and has moved shallow. He quickly caught this 3-pounder and showed it off to Tanner. John believes the shallow pattern is going to be getting better throughout the day. He has 2 solid fish now for a great start and has plenty of time to fill his limit.

As seen on live, Joel Willert of Prior Lake, Minnesota is not having the day he was hoping for so far. Willert is catching fish and has lost a 3-pound fish that he wanted. “I have it hooked good by the looks and I forced it a bit much and it got off. I am going to fish until I can get a limit and then I’ll probably run some off the wall stuff and practice a little bit too. Willert might spend some time up shallow after spending the morning fishing brush piles. He just landed a small spotted bass for keeper number 4.