All in a day's practice with NPFL Angler Chad Aaron. 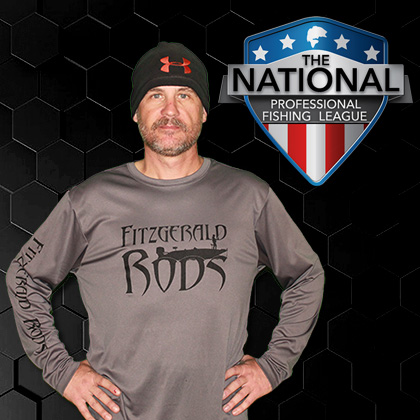 Practice for NPFL Angler Chad Aaron was “pretty good” and was mostly spent running around to learn the lake. The Lawrenceburg, Tennessee angler may have only caught 3 fish in practice, due to using no hooks, opting for screw locks to make sure he didn’t stick any bass, but it was something else that made his practice satisfying.

On his way back to the ramp late in the day, Aaron decided to pull into a little creek to use his last couple hours before dark trying to find more areas to fish this week.

“I thought I heard someone yelling and I could see a boat way off but the compartment lids were open and it looked like someone was rigging tackle.”

Aaron went back to fishing. After making his way back through the creek, on his way out, he noticed a guy off the back side of his boat dangling in the water.

“I got over there and dropped my trolling motor and hit spot lock. I was able to get into his boat but was unable to get the guy in the boat.”

After trolling the man’s skeeter to the shoreline, and in waste deep water, Aaron was able to get the man up into the boat. The shoreline was all brush and there was nowhere to get to the bank.

“I am just glad I was there. I didn’t do anything special; I did what any one of us anglers would have done. It was almost like fate, I was headed back to the ramp and just decided to check out that creek. There were only a couple hours until dark and I easily could have just gone back to the ramp and called it.”

As for Aaron, his tennis elbow was bugging him before this event anyways, a quick trip to the doctors on the off day and its back to business as usual. His practice period was pretty good.

“I am cautiously confident. I don’t know this lake or how it changes, but I got a few bites and some decent fish. The field will fish a lot of the same places and people will be on top of each other. I think on day 1, we will see several bags over 20-pounds, and then that number will drop significantly.”

Even though everyone is competing against each other on the water, fishermen are some of the nicest folks and would go out of their way to help another angler. We are all glad it worked out on this day.