Join the professional anglers of the National Professional Fishing League as they compete for $50,000 on the Harris Chain of Lakes in Leesburg, FL.

The third stop of the National Professional Fishing League inaugural season brings the anglers and their families to the Harris Chain. The Harris Chain consists of 10 lakes ranging in size from 376 acres to 7,806 acres. Anglers also have endless residential canals, rivers and backwaters amongst the lakes. Competitors will have to plan wisely as long runs include locking and long stretches of no-wake zones in many of the canals.

Florida angler Keith Carson is fresh off a victory at Wright Patman that has him tucked into the top 5 in the NPFL Progressive AOY Standings. Carson’s dominating win in Texarkana Texas has to have him feeling good about going back to his home state for stop #3.

Carson believes a recent tournament held on the Harris Chain may skew anglers a bit and is keeping an open mind for his practice period.

“What had happened was before the MLF event, Florida had the leftover winds from two tropical storms nearby. Those guys were forced to fish shallow in most part because they couldn’t get offshore. The only places they could fish effectively were shallow, and they caught them.”

Mix the high winds with the shad spawn, and it set up for a successful event. But looking ahead to this week, Carson is not quite sure that it will be won shallow or deep.

“For the last two days, there were a few MLF guys who were fishing offshore. In the end, the shallow bite prevailed due to both a shad spawn and the winds – it kept those fish up there. I think this week guys will be fishing both shallow and deep and it may take a combination to win.”

Sitting in 32nd in Progressive AOY Standings, Rob Terkla, AKA LunkersTV is preparing for the Harris Chain just like everyone else. With about a month of lake time prior to the off-limits, Terkla knows the official practice will be very important to figuring out how to navigate a successful event this week.

“I am looking for 10 to 12 bites a day that are decent and one kicker 5 plus pounds a day. The plan is to mix it up some and fish both shallow and deep. During practice I am going to test some areas that have to do with locks, more offshore, but if they are out there, they will be good size.”

Terkla believes that MLF making a visit to the Harris Chain before this event may have helped some guys, but it also will hurt people.

“We are fishing for 5 bites, those guys (MLF) needed numbers. There were several reasons a lot of those anglers were shallow but there was some off-shore stuff going on too.”

Whether it was the shad spawn, the weather, or guys finding more numbers of fish shallow, the fish are moving with the current weather. Terkla noted the weather looks consistent and stable for the practice and the event which should help everyone out.

So how will guys catch them this week?

“There will 100% be a mix of shallow and offshore anglers in the top 10 this week but how they get there might be different. Some guys will bust them good on the first day, and then have 9-pounds the second day. It’s not necessarily the angler’s fault, it’s just Florida fishing. I think the Harris Chain is one of the most overrated lakes in the US. It’s super pressured. Yes, giant fish live here but there are a lot of factors that will play this week.”

For starters Terkla says that anglers better get used to fishing on top of each other. Wish some of the offshore fish grouped, guys will find the same things and need to learn to fish around other competitors. Another factor is the canals and added pressure being that the final day is on the weekend.

“The first couple days will be fine but on Saturday, the boat traffic will be insane. Mix that with no-wake zones, locks, and long runs, those guys getting involved with that need to manage time. Managing time is almost as important as managing fish.”

Similarly, Jeff Fitts echoed the notion that the fish will be moving, and this event could be won shallow, deep, or in between.

“I believe with the warming going on now, water temps skyrocket, the fish are transitioning as we speak, and the fish are making their way off-shore.”

With increased grass spraying operations, the hydrilla is hit or miss and it’s hard to tell if the area that have grass has been sprayed or not. There is grass offshore, but not like it used to be. Fitts noted that Lake Griffin probably has the most hydrilla but believes the event will be won elsewhere.

“I think it will probably be won in either big or little Harris. The deeper water hydrilla stuff, a trap, chatterbait, or a big worm will all play, and I wouldn’t be shocked to see someone with a 32-pound bag this week.”

Being somewhat local is always nice due to not having the travel aspect to deal with, but Fitts knows this time around, the local advantage is out the window.

“If you can find “the patch,” it may be the size of a small house, but there will be 200-300 fish in it. The locals have been bringing in big bags throughout the year and these guys are good and will find stuff. Anyone could find that patch and catch them very well. There should be a 10-pounder weighed in every day or at least 2 throughout the event anyway.”

Scott Siller moved to Florida recently and has been fishing as much as possible to learn the ways of the south. Spending a few hours every day on the lakes near his house, Siller is hoping just being out and staying fresh will help him this week on the Harris Chain.

“I’ve never fished here (Harris Chain) now, usually just in December or January. The hydrilla I used to fish is gone, and there is some left around but it changes every year. A lot of the MLF guys were fishing behind the bank grass doing some shad spawn things and I am hoping that will spread some guys out and the hydrilla will have less pressure.”

Siller had assumed ahead of time the main areas closer to take-off would indeed get the most pressure and opted to spend his few days prior to off limits looking elsewhere. The run can be tricky with the locks and no wakes but going into official practice, Siller has a few options he is going to confirm during the official practice period.

“I basically need to check my two areas during practice, but I know I’ll have a decision to make. I will be able to get a limit quickly but that could take an hour or more, or as fast as twenty minutes. I have areas where there are bigger fish, but it could be harder to catch 5. Do I skip the limit spot and spend that time fishing for the bigger bites?”

These are the types of scenarios anglers will be facing this week and many anglers are hoping to get in and out of Florida having simply survived. Surviving Florida may be catching 10-pounds a day, cashing a check, and moving on. It’s a love-hate relationship for a lot of the field and it seems like Florida is either good or bad, with no in between.

Speaking of a love-hate relationship, Gavid Gaston, who sits in 2nd place in the Progressive AOY Standings made it clear how he feels about the State of Florida.

“I know what to do down there, but I’ve never done it before. I have fished there (Florida) a lot, but it is my kryptonite, the old Florida skunk. It’s just Florida fishing 100%, one big fish and try to fill in a limit. I don’t know enough to break it down so I plan to just lay low and survive. If I can survive in Florida, I’ll be good.”

Gaston spent a few days prior to the off-limits and isn’t planning on taking too much from his experience. Adverse weather made it tough but he has been paying attention to what’s been going on.

“When I was there it was miserable hot, I almost died. The water was nasty and I am hoping it changes a bit. There was no grass in the areas I used to fish here, the water was green and I don’t know if they sprayed it or not? Those guys are going to catch them and I think its going to be won offshore; I am going to be fishing offshore. Following the MLF event, I think if it was a 5 fish limit, I bet it would have been won deeper rather than shallow. We’ll see.”

Another angler with some experience in Florida is Brian Tyler. With a weekend of work before the chain went off-limits to the NPFL field, Tyler had some success but like the others, isn’t going to be making any plans until after the official practice period.

“I fished the weekend before off limits and I flipped all day and had about 18-pounds. I went the next day and had 12-pounds. It varies so much, you might get 2-3 good bites, but it’s hard to do it 3 days in a row.”

Tyler notes that normally it would be an offshore deal right now, but this year it seems like there are fish scattered. It appears like the fish are not grouped up by size yet either and with a week or more between the MLF event and the NPFL event, anglers will have to fish the moment.

“Local advantage can easily backfire as you can get wrapped into fishing history versus fishing the conditions presented. I used to have some sweet spots and with the DNR killing grass, but it’s all gone. The typical places that had grass are changed, and areas like Dora and Griffin might play good this week.” 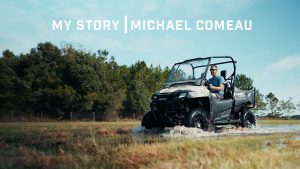 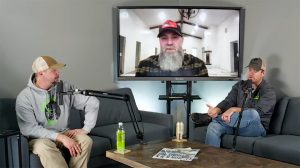 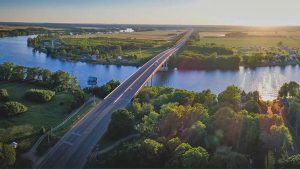