The payouts continue on cumberland 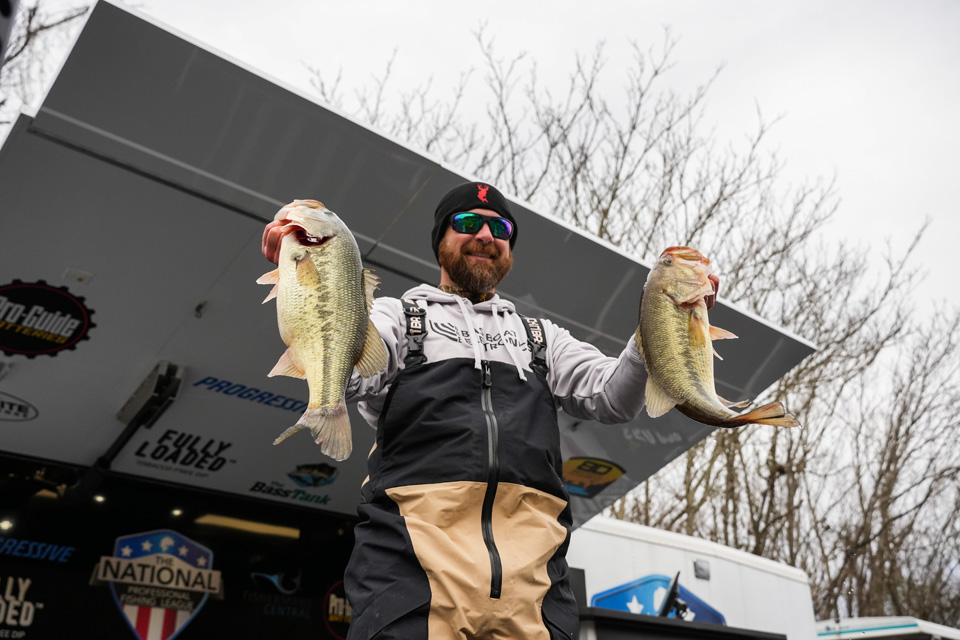 By bringing in the events heaviest bag of bass, Taylor Watkin’s 23-pounds, 6-ounces and lunker of 5-pounds, 7-ounces earned him bonus money this week on Lake Cumberland in Burnside, Kentucky.

For anglers entered into the Big Bite Challenge at each event, a bonus of $5700 Is awarded to the angler who weighs in the largest fish of the tournament. For non Big Bite anglers, the NPFL pays out $1000 to the angler with the largest fish. With Taylor Watkins 5-pound, 7-ounce largemouth bass, he took home this week’s Big Bite prize as well as the NPFL Big Bass for a total of $6,700 earned.

The angler who records each catch on the Weigh Live Tracker App as close to the actual tournament weight at each event will receive a Beat Down Mount. This week at Cumberland, 4th place angler Todd Goade recorded exactly the same weight of 13-pounds, 2-ounces and takes home the contingency award.