The NPFL anglers are back at it on Grand Lake for Day Two. This is getting interesting. 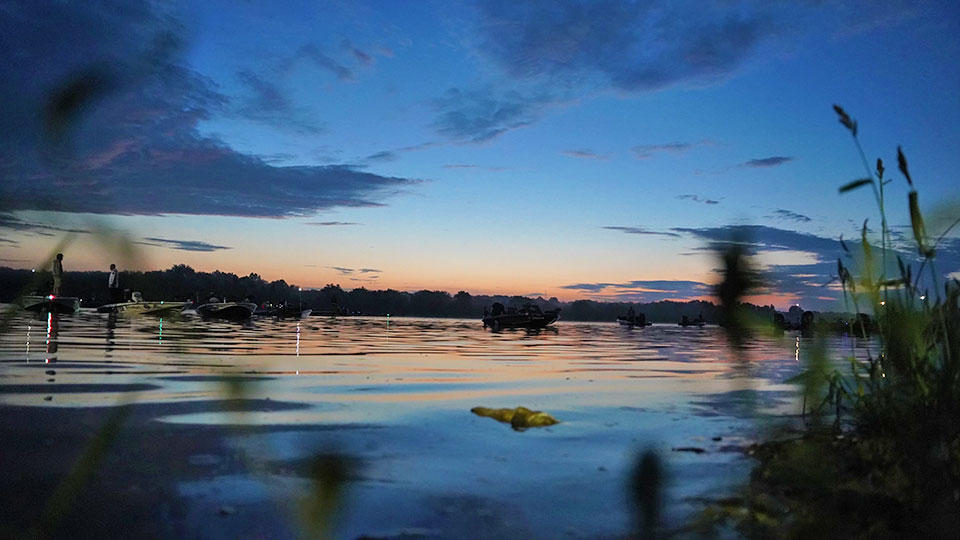 GROVE – Oklahoma. When the dust settled on day one in Oklahoma, local angler Sheldon Collings was atop the leaderboard of 101 NPFL anglers. On pace for what was expected, lots of anglers predicted around 50-pounds to seal the victory on a pressured Grand Lake. With 19-pounds to begin his event, including a 5-pound, 3-ounce kicker, Collings begins this morning with a 1-pound, 7-ounce lead over Taylor Watkins.

Grand Lake has been fishing better than the previous years and has stood up to the pressure as of now. With several large boat tournaments being held on Grand this fall, the pressure made it tough for several anglers, as limits were hard to come by. The top ten weight stands with another local Jeff Dobson weighing in 14-pounds, 12-ounces, while check range is held at 10-pounds, 1-ounce caught by Derrick Blake.

Read about the day one leaders, here!

To start day two, anglers launch into mid 60-degree temperatures with mostly cloudy, overcast skies. The wind is projected light and variable Southeast, with thunderstorms developing in the afternoon. There will be changes to be made to stay on these Grand Lake fish.

“Other than the no wind, I don’t know what the deal is and the weather coming in is going to be unique for what I am doing. I can make some adjustments, I mean I caught a few on some other baits today, but the docks have been the deal. I am not dialed on docks though. If the sun goes away, the fish will roam, or go away totally.”

There is continuity atop the Progressive AOY Standings. Prior to the start of the Grand Lake event, the top five in AOY looked like this.

After day one, leader Brandon Perkins has extended his lead over the rest of the top five, while Bryant Smith moves up. More to come on the AOY Race, but can anyone catch Perkins?

Tune in daily September 30th through October 2nd to thenationalprofessionalfishingleague.com to watch daily LIVE Coverage, the LIVE Leaderboard, LIVE Blog, and daily on the water photo galleries of the anglers on Grand Lake. 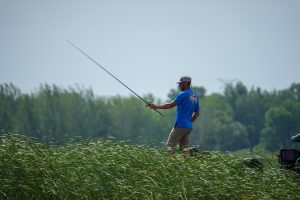